How to Exercise Your Eyes==HEALTH AWARENESS==


How to Exercise Your Eyes

We all know how important it is to keep our bodies fit by doing things like going to the gym, jogging, and swimming. But, did you know that you can exercise your eyes as well?
Eye exercising will keep your eyes healthy and help minimize eyestrain. Here are some easy to follow steps and tips to exercise your eyes and keep them healthy!

Follow the above mentioned tips to lead a healthy and a happy life.

ALWAYS LISTEN TO YOUR FAMILY DOCTOR 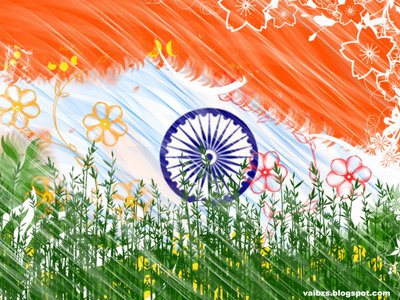 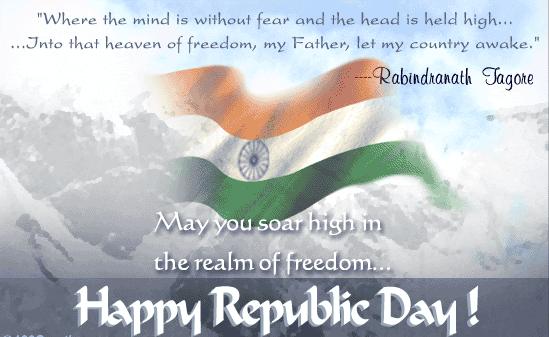 On the eve of India's 64th Republic Day, let me wish all of you a very happy Republic Day.

Republic Day is celebrated in honor of the date in the year 1950 on which the Constitution of India came into force replacing the Government of India Act 1935 as the governing document of India.

The date of 26th January was chosen as it was the anniversary of PurnaSwaraj Day, which was held onJanuary 26, 1930.The constitution gave India's citizens the power to govern themselves by choosing their own government. DrRajendra Prasad took oath as India's first president at the Durbar Hall in the Government House, followed by a residential drive along a route to the Irwin Stadium, where he unfurled India's national flag.

Ever since the historic day, January 26 is celebrated with festivities and patriotic fervor across India.Large military parades are held in New Delhi and the state capitals. Representatives of the Indian Army, Navy and Air Force and traditional dance troupes take part in the parades.

A grand parade is held in New Delhi and the event starts with India's prime minister laying a wreath at the Amar JawanJyoti at India Gate, to remember soldiers who sacrificed their lives for their country. India's president takes the military salute during the parade in New Delhi while state governors take the military salutes in state capitals. A foreign head of state is the president's chief guest on Republic Day.

The festivity of Republic Day concludes officially with the intriguing Beating Retreat ceremony on the evening of 29th January. This enthralling ceremony is performed by the military, the Indian Air Force, India Navy and India Army in the Raisina Hills, New Delhi, in front of the President of India as the Chief Guest.

Thus Republic Day is an occasion of patriotism, unity; peace, love, proud, happiness and inspiration.
Let us all come together and promise the following to ourselves to make our nation a more beautiful and better place:
• We shall root out all evils from our society and nation.

The official Sanskrit name forIndia is

INDIA has been called Bharat

even in Satya yuga ( Golden Age )

The name `India‘ is derived from the River Indus, the valleys around which were the home of the early settlers. The Aryan worshippers referred to the river Indus as the Sindhu.

The Persian invaders converted it into Hindu. The name `Hindustan‘ combines Sindhu and Hindu and thus refers to the land of the Hindus.

The number system was invented by India. Aryabhatta was the scientist who invented the digit zero.

Sanskrit is considered as the mother of all higher languages. This is because it is the most precise, and therefore suitable language for computer software. ( a report in Forbes magazine, July 1987 ).


Chess was invented in India.

Algebra, Trigonometry and Calculus are studies which originated in India.

The’ place value system’ and the ‘decimal system’ were developed in 100 BC in India.

The first six Mogul Emperor’s of India ruled in an unbroken succession from father to son for two hundred years, from 1526 to 1707..

The World’s First GraniteTemple is the Brihadeswara temple at Tanjavur in Tamil Nadu. The shikhara is made from a single ‘ 80-tonne ‘ piece of granite. Also, this magnificient temple was built in just five years, (between 1004 AD and 1009 AD)  during the reign of Rajaraja Chola

India is…….the Largest democracy in the world, the 6th largest country in the world AND one of the most ancient and living civilizations (at least 10, 000 years old).

The game of snakes & ladders was created by the 13th century poet saint Gyandev. It was originally called  ‘Mokshapat.’ The ladders in the game represented virtues and the snakes indicated vices. The game was played with cowrie shells and dices. Later through time,  the game underwent several modifications but the meaning is the same i.e good deeds take us to heaven and evil to a cycle of re-births.

The world’s highest cricket ground is in Chail, Himachal Pradesh.
Built in 1893 after levelling a hilltop, this cricket pitch is 2444 meters above sea level.

India has the most post offices in the world !

The largest employer in the world is the Indian railway system, employing over a million people !.

The World’s first university was established in Takshila in 700 BC. More than 10,500 students from all over the world studied more than 60 subjects. The Universityof Nalanda built in the 4th century was one of the greatest achievements of ancient India in the field of education.

Ayurveda is the earliest school of medicine known to mankind. The father of medicine, Charaka, consolidated Ayurveda 2500 years ago.

Although modern images & descriptions of India often show poverty, India was one of the richest countries till the time of British in the early 17th Century. Christopher Columbus was attracted by India’s wealth and was looking for route to Indiawhen he discovered America by mistake.

The value of “pi” was first calculated by the Indian Mathematician Budhayana, and he explained the concept of what is known as the Pythagorean Theorem. He discovered this in the 6th century, which was long before the European mathematicians.

Algebra, trigonometry and calculus also orignated fromIndia.  Quadratic equations were used by Sridharacharya in the 11th century. The largest numbers the Greeks and the Romans used were 106 whereas Hindus used numbers as big as 10*53 ( i.e 10 to the power of 53 ) with specific names as early as 5000 B.C.  during the Vedic period.  Even today, the largest used number is Tera: 10*12( 10 to the power of 12 ).

Until 1896, India was the only source for diamonds to the world. ( Source . GemologicalInstitute of America )

The Baily Bridge is the highest bridge in the world. It is located in the Ladakh valley between the Dras and Suru rivers in the Himalayan mountains. It was built by the Indian Army in August 1982.

Sushruta is regarded as the father of surgery. Over  2600 years ago Sushrata & his team  conducted complicated surgeries like  cataract, artificial limbs, cesareans, fractures, urinary stones and also plastic surgery and brain surgeries.

“What makes a nation, is the past, what justifies one nation against others is the past”, says the noted historian Eric Hobsbawm.

Hence, when talking of a nation, it becomes very imperative that the past should also be talked about. And the past of India is as fascinating and interesting as it is momentous.


Be proud to be an Indian!

JAI HIND
RAMNATH&FLY
Posted by Ramajayam at 3:10 AM No comments: