Posted by Ramajayam at 5:08 AM No comments:

Problem Solving in a relaxed way

Problem Solving in a relaxed way

A king was looking for a suitable candidate for the post of prime minister.
After several tests, three people were shortlisted. The next day was the final test.
There was a rumor and questions were out prior to exam that the king had a magic lock which can be opened only with great skill and knowledge. And whoever unlocked it, would be the prime minister. 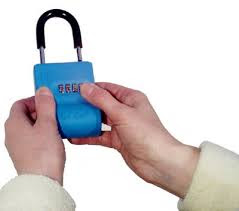 Hearing the rumor, two of the selected candidates acquired a lot of books on locks. They spent the whole night going through the mathematical equations relating to locks. 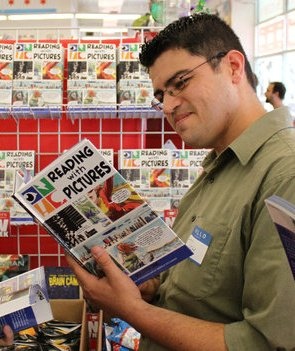 The third person was very relaxed. The next morning, all three were taken to the palace. And the rumor turned out to be true. The king said whoever unlocks the lock created by a master craftsman will be prime minister.  They were given knowledge bank and books on this.
These two people felt very happy thinking that it was good that they had referred to many books and then they went and looked at the lock.
Once again they returned to the books and started referring to them to find out a solution to the problem, whereas the third person, looking relaxed, went there and looked at the lock and pulled it, and to his surprise, it opened.
In fact, it was not locked at all. The other two were still busy referring to the books. In the meantime, the king announced that the third person had been selected as prime minister.
The other two asked him, “You never referred to any book on locks, how did you unlock it?” And the king said, “The very first thing that a prime minister should do is that he should know whether the problem really exists or not, before trying to solve it.”
If you do not know whether the problem exists or not and if you try to solve it, the whole effort becomes futile. Here the problem was that the lock was not fastened. And these two persons assumed it was locked and with that assumption they tried to solve the problem. Therefore, they found that they had wasted their time.

RAMNATH
Posted by Ramajayam at 3:28 AM No comments:

"Always be like a water. Float
in the times of pain or dance
like waves along the wind
which touches its surface."

RAMNATH
Posted by Ramajayam at 5:55 PM No comments:

The 12 Jyotirlinga Shrines of Shiva

The 12 Jyotirlinga Shrines of Shiva The Dwadasa Jyotirlinga shrines or the 12 shrines enshrining Shiva in the form of a Jyotirlingam, have been held in reverence since time immemorial in the Indian system of beliefs. The southernmost of these is located at Rameswaram, while the northernmost is located in the snowy heights of the Himalayas at Kedarnath. These temples are closely linked with legends from the puranas and are rich in history and tradition.

is our inspiration
VISIT BLOG &FWD TO YOUR FRIENDS
GO THROUGH THE I LAND POSTS
ramajayam.rediffiland.comramajayamgomati.blogspot.com

Posted by Ramajayam at 8:59 AM No comments: