"What is the significance of the word MORYA in “Ganapati Bappa Morya”?

"What is the significance of the word MORYA in “Ganapati Bappa Morya”? 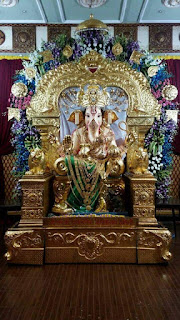 Devotees chant Ganapati Bappa Morya all the time to sing the praises of Lord Ganesh. But how many of us know what the word Morya signify? The word Morya refers to a famous devotee of Lord Ganesh in the fourteenth century called Morya Gosavi, originally from village called Shaligram in Karnataka where his devotion was looked upon as madness!! He later travelled and settled in Chinchvad, near Pune and invoked the Lord with severe penance.
He attained siddhi (special powers and blessings) at Shree Chintamani and his son built the temple to commemorate the event. It is said that Moryaji also performed penances at Siddhi Vinayak in Ahmedabad and in Moreshwar/Mayureshwar at Moregoan where he also built the temple. Overwhelmed by the devotion of Moryaji, he was blessed by Lord Ganesha to fullfill any of his wish. Morya asked to be remembered forever on this earth whenever anyone remembers his Lord, as his 'Param Bhakt'. Thus this depicts the inseparable relationship between God and his devotee." Always remember this when you say 'Ganapati Bappa Morya'🙏🙏🙏

Posted by Ramajayam at 2:11 AM